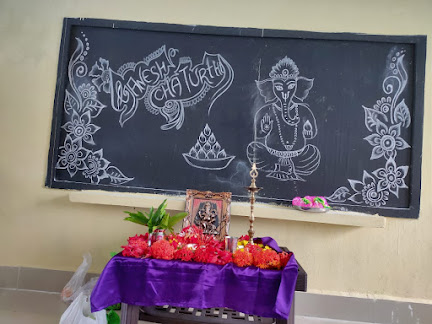 Ganesh Chaturthi  also known as Vinayaka Chaturthi  or Vinayaka Chaviti is a Hindu festival celebrating the arrival of Lord Ganesh to earth from Kailash Parvat with his mother Goddess Parvati/Gauri. 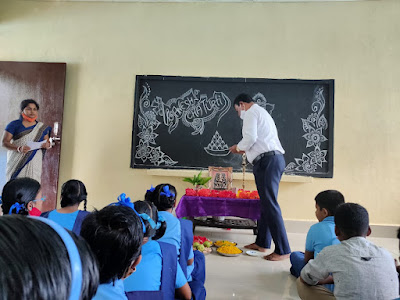 The festival is marked with the installation of Lord Ganesh's clay murtis privately in homes and publicly by Shri Bal Gangadhar Tilak popularly known as Lokmanya Tilak in Pune in the year 1893 on elaborate pandals (temporary stages). 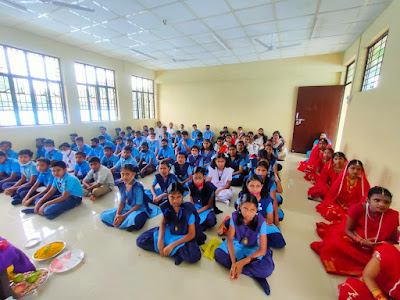 Observations include chanting of Vedic hymns and Hindu texts such as, prayers and vrata (fasting). Offerings and prasāda from the daily prayers, that are distributed from the pandal to the community, include sweets such as modaka as it is believed to be a favourite of Lord Ganesh. 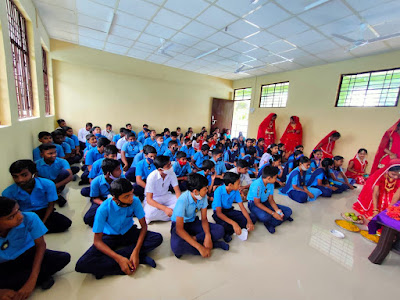 We were celebrated GANESH CHATHURRHI on 11th Sepetember 2021, at our school premises. Class IX and X students along with all the staff gathered and worship to the god. Head master offered garland and staff and students offered flower to the god. Smti. URMILA DEVI told us a interesting story about GANESH JI. 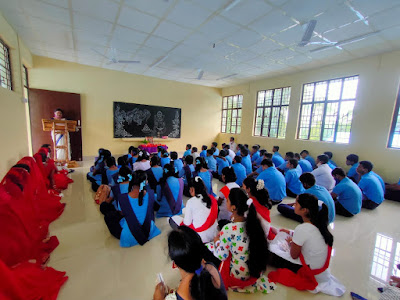